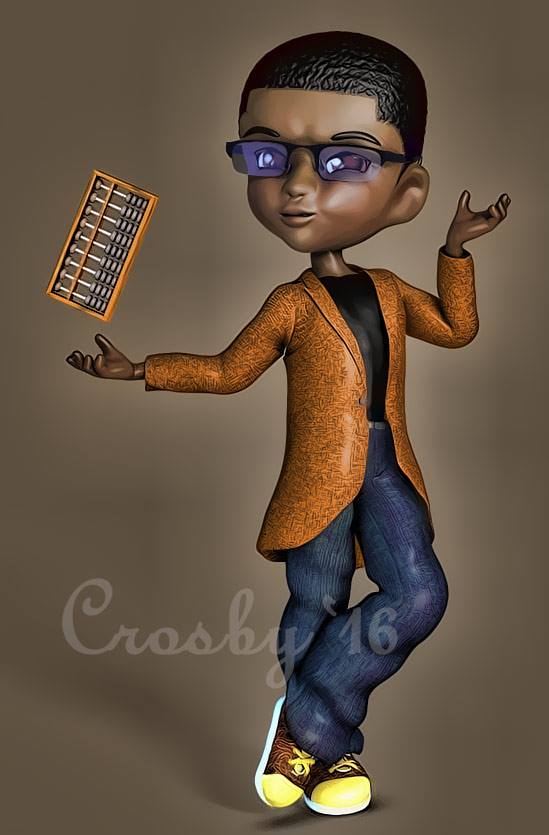 This will be the new look for Ujamaa. I call him Ujamaa Jr. as he is a teenage version of the original presented back in 2014. He’s Ujamaa’s son who is filling in while dad is on an extended “business trip”. I figured there wasn’t enough youth in “Kinara’s Children”. So he joins Nia (6) and Kuji (18). He’ll simply be referred to as Ujamaa in the future.

Ujamaa is about 14 yrs old with most of the same characteristics of his dad (the fruit doesn’t fall far from the tree). Ujamaa has a number of hustles. He sells candy, beverages and supplies out of his locker at school. He has a self published flyer of neighborhood news that employs a number of his friends to distribute to various shops and peddle on the street. His greatest prize is the hot dog stand he bought by saving his earnings from his other enterprises. You’ll see him or one of his associates at every local event, big or small. Ujamaa is big on computers and tech and a wiz at math. A bundle of energy, he always has somewhere to go and is always, always, on time. He likes to calculate on the abacus in his spare time because he finds it relaxing.