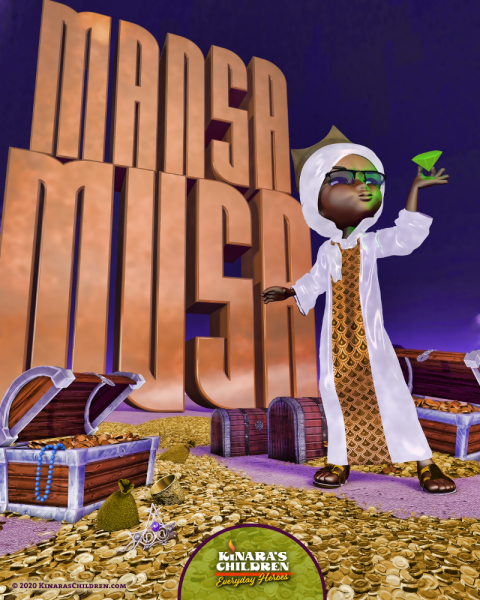 When we suggested Ujamaa make himself up as an African Hero for Halloween we should have known he’d go all out. So it’s no surprise that Ujamaa, the Entrepreneur, decided to dress up this year as Mansa Musa, the 14th Century West African ruler who is said to be the richest man of all time. Not only was he rich, he was also generous. During a pilgrimage from Mali through Africa to Mecca, He handed out gold so lavishly that his three-month stay in Cairo caused the price of gold to plummet in the region for 10 years, wrecking the economy. That was clearly not his intent, So on his way home he stopped back in Cairo, borrowed most of it back (at substantial interest rates) in order to boost their economy back up.

In any case, Ujamaa digs Musa’s drive and ingenuity. He appreciates Mansa Musa’s ability to grow not just his own wealth but the wealth and fortune of his people as well. Find out more about Mansa Musa! 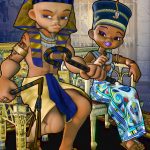 Ujima and Imani as Ramses and Nefertiti

Nia as the Black Panther